The Lamkhaga Pass (5,282 m / 17,320 ft) is one of the toughest passes which connects the Kinnaur district of Himachal Pradesh with Harshil in Uttrakhand. The Lamkhaga Pass trek starts from Chitkul the last Village of sangla valley in Himachal, though it can be done from the Harshil side also. This trek is a fairly remote trek, which was first crossed by Greek-British author and mountaineer Marco Alexander Pallis in 1933. Pallis was a Greek-British author and mountaineer who was famous for his writings on Tibetan Buddhism. He made the first ascent of Leo Partial(6790m) in 1933.[2]

This pass is located near Indo – the Tibetan border and to cross the pass one needs to obtain an inner line permit from the district administration of Kinnaur, Himachal Pradesh 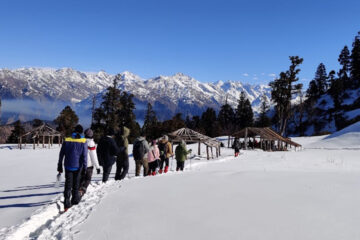 Kedarkantha is a mountain peak of the 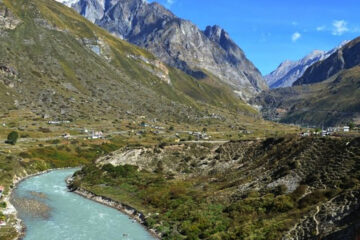 Nelang or Nilang is a river valley 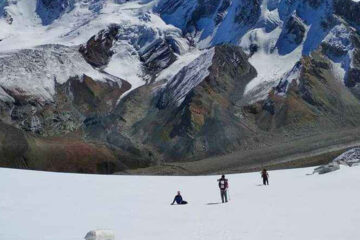 The pass is located at an elevation
One tour per person